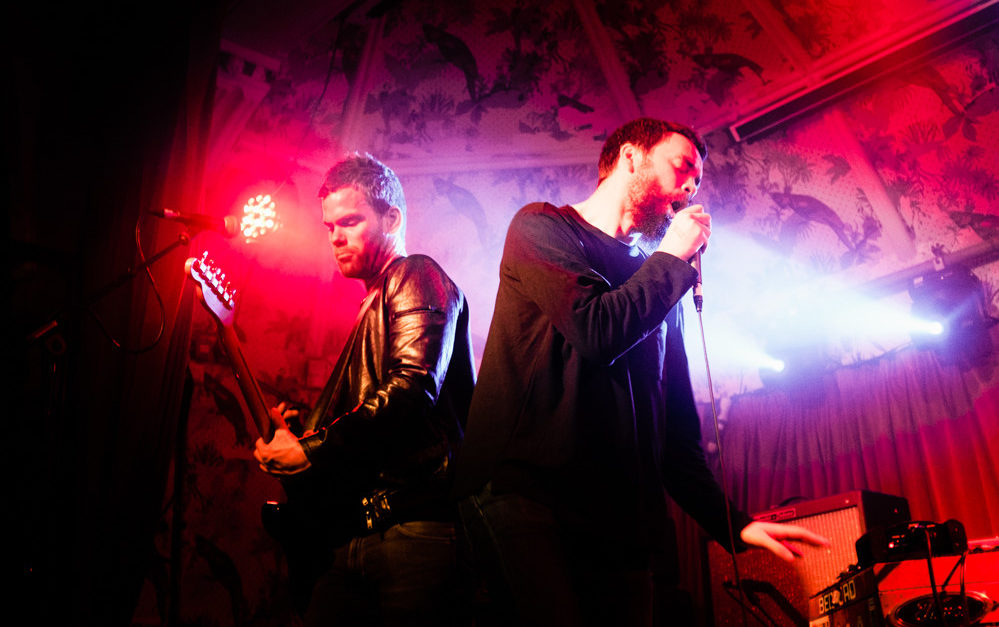 Giant Boys are Salford based post-punk duo Scottie McKnight and Guy Connor. They formed in the spring of 2017 out of a mutual desire to record something satisfyingly heavy. As the project progressed, it became clear that the Giant Boys ethos was to write and record very quickly, always using first takes and never overthinking or labouring songs, allowing the initial energy and feel of the idea to be what is finally heard on record.

​
They have just released their second single Lemon Party on the 1st June. This is the follow up to their first self produced single Leeches, which came out in earlier in the year to a string of rave reviews from Piccadilly Records, Fresh On The Net, and The Devil Has The Best Tuna, as well as radio play from the New Rock Show on XS Manchester, Jim Gellatly’s Amazing Radio show and Salford City Radio’s new music show. They have also been featured on the BBC Introducing Mixtape, included in BBC 6’s Tom Robinson’s Fresh Faves blog, and played on his show.
​
The duo recently played their first live shows at Manchester’s Deaf Institute and The Peer Hat, using a minimal setup of live guitars and vocals mixed with heavy backing tracks to preserve their unique sound when bringing it to an audience.

“Giant Boys are the Salford/Manchester duo you didn’t know you needed. A pummelling but nuanced journey through bristling post-punk, raw industrial minimalism and scathing hardcore. Concise balanced power. As satisfying as it is brief” Piccadilly Records

“It’s dirty and sticky and underground. Fractious, wrought with frenzy, paranoia and clangour. The track ‘Leeches’ lives up to the title. it’s a bit Sleaford Mods go subterranean. There’s a lot of shouting, a lot of menacing brood, and serious helpings of thrang. Moshers will love this” Derval McCloat – Fresh On The Net

Stay up to date with news and plans for Head for the Hills from 2020 and beyond.