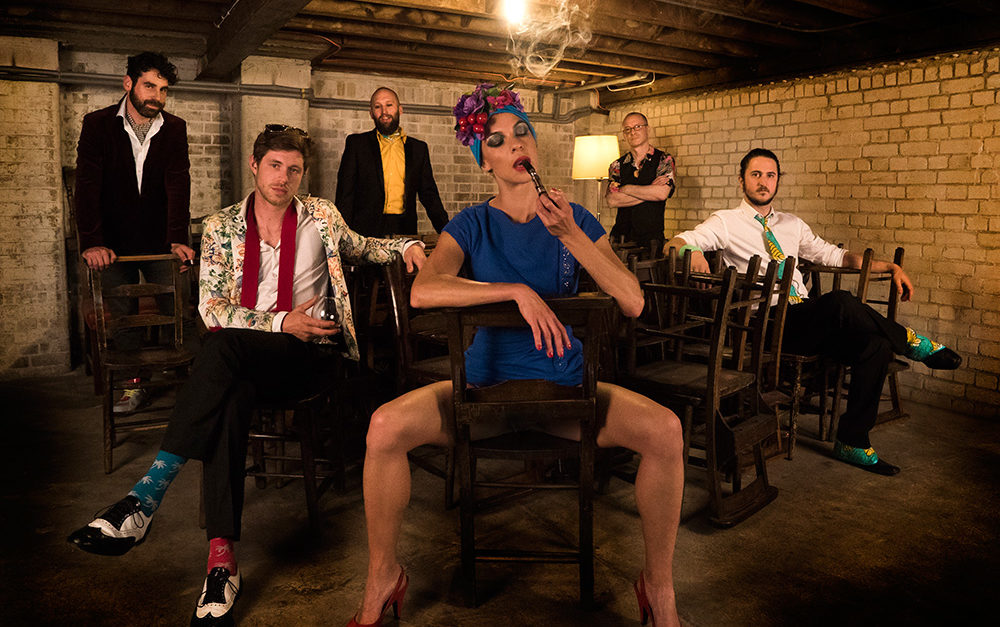 The world-renowned party purveyors of contemporary world music Molotov Jukebox, are a London six-piece like no other.

Having traversed the globe with their headline performances while racking up hundreds of festival appearances including Glastonbury, Eurosonic, Womad and now Head for the Hills, Molotov Jukebox are a band of true universal appeal.  They released their second album, Tropical Gypsy in April, following on from the success of 2014’s debut Carnival Flower.

Internationally acclaimed actress Natalia Tena fronts the band with her infectious and sultry lead vocals, her accordion backed up by Balkan fiddle, powerful Latin trumpet and a pounding rhythm section that gets the crowd moving at every raucous show.

With their album title Tropical Gypsy giving name to their unique genre (nicknamed ‘gyp-step’ by their thousands of fans), Molotov Jukebox prove again and again that dancing has no borders with their bi-lingual fiesta floor-fillers.