Let your eyes be seduced by the slinking and swaying of the sumptuous Pendulum Wave Machine, a mechanical contraption that combines mathematics and magic to make something mathemagical!

Silvery spheres glide through the air like floating mercury, creating mesmerising, hypnotic patterns that have to be seen to be believed!

The design is based on the visionary ideas of the 19th Century physicist and philosopher, Ernst Mach, brought into the 21st Century by the marvellously magical minds of Travelling Light Circus.

To be inspired, you can watch the machine in motion, and listen to an explanation of what is happening here. 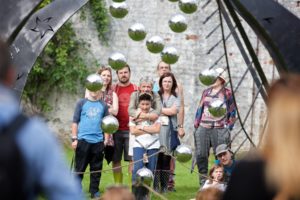 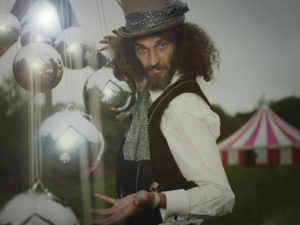